Section 2 of the UKCCIS guidance identifies some limited scenarios where schools may chose not to inform police. Under these circumstances, where it is clear that the images are on the internet, to avoid the re-victimisation of the victim and distribution of images, schools should liaise with the Internet Watch Foundation (IWF) at the following link IWF

Gloucestershire Constabulary will continue to work closely with schools across the County to educate pupils in internet safety. If you would like an officer to visit please contact Darren Peters on 01452 752156 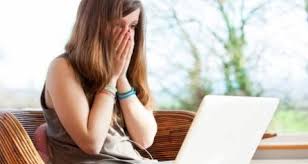 The resource list has been developed by a socio-technical research team at University College London. Click on the image to view the full list. (updated March 2019)

Stonewall in partnership with Childnet have updated Staying Safe Online - Practical strategies to best support all children and young people online, including those who identify as LGBT.   Click here to view the article. Published February 2020.

Sextortion is a crime rapidly on the increase.

This footage is recorded and then used to blackmail victims for money.

It is an international, organised crime, making it difficult for the police to capture the criminals responsible.

Hampshire sexting victim felt she was 'in a zoo'

When she was 14, Megan Hinton was tricked into sending a naked photo of herself over social media and suffered abuse at school as a result.

She was trying to fit in at a new school, after being bullied at her previous one. She thought she was being pressured by a boy she was friends with to send the picture. In fact she had been tricked by a girl from her year group, who shared the picture with other pupils.

Megan, now 19, has joined forces with Hampshire Constabulary to make an educational film about her story, for Safer Internet Day.