In this lesson, students examine the nature of friendships, identify some of the challenges that can arise and how to provide effective peer support. 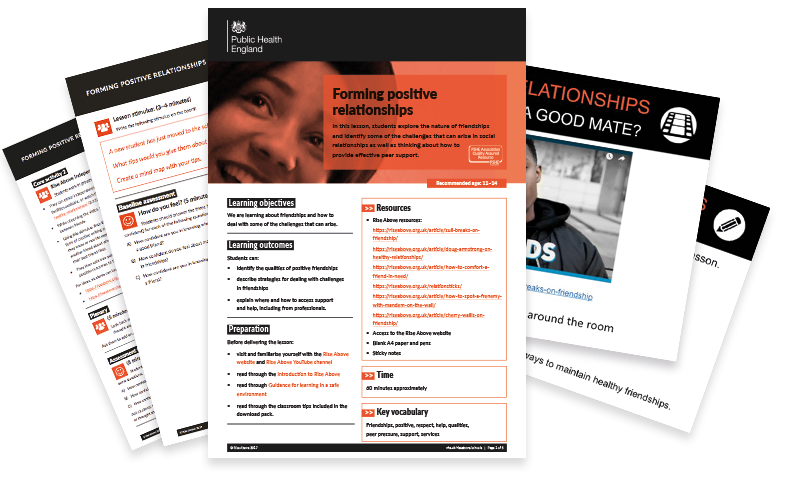 Get lesson plan for KS3 and KS4

Here are some top tips to make your school more trans inclusive:

Stuck for the right word? This exercise helps you get to grips with LGBT terminology

Knowing the right words to talk about gender and sexual orientation is important – but it can feel hard if you’re not sure what the right words are. Use our terminology card sort to build your own glossary. Make own version and use with others to help them get up to speed. 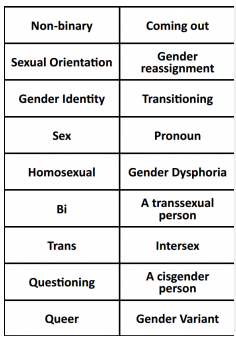 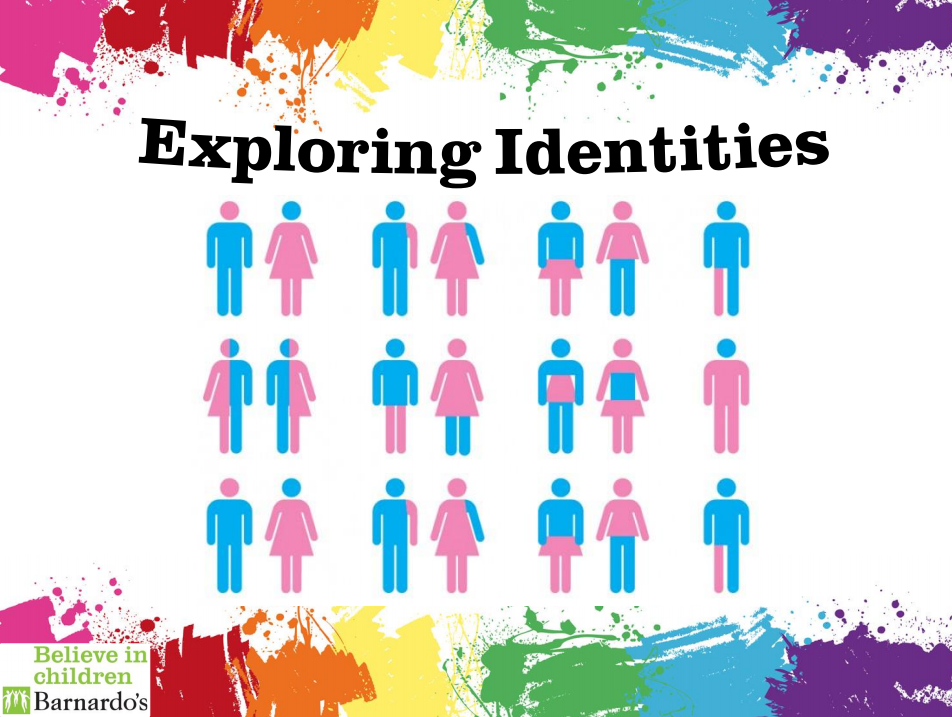 50th Anniversary of Martin Luther King's Visit to the UK

A set of teaching resources inspired by Dr Martin Luther King Jr. has been created to help young people today think about the issues of racism, poverty and war.Aimed at students aged 7 – 16, the free pack contains lesson activities and ideas to help them explore the legacy of Martin Luther King and the civil rights movement.

The materials include lesson plans, hand-outs, worksheets, music recordings and presentation slides for lessons covering a wide range of subjects including history, RE, geography, English, PSHE, music, drama, art and even chemistry. It also includes material for assemblies and ideas for themed weeks.

Mental Health & Physical Disability - this resource comprises a mix of materials that aim to help tackle student prejudice/ misconceptions around mental health/ physical disability. Baseline data can be gathered from the questionnaire ‘I think that…’.The PowerPoint and Creature Comfort activities can be used to help students understand physical and mental health issues. 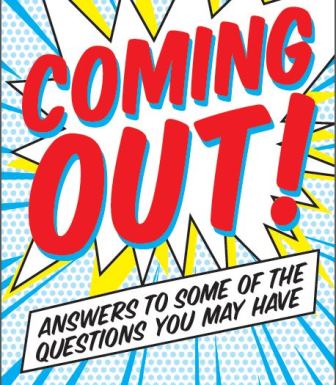 The fight for equality is far from over.  Speak up for trans rights and help reform the gender recognition act. Whether it's downloading A Vision For Change, contacting your MP about the Gender Recognition Act or signing up to hear more about what Stonewall is doing, there are plenty of ways to Come Out For Trans people. Click here to read more.

On Saturday 07.07.18 a transphobic group of eight women staged a protest at Pride in London.

They sought to sow division in our community, particularly pitting people who identify as cis-lesbian. We need trans people and every trans ally to show their support for trans equality at this critical time. Please respond to the Government consultation on Gender Recognition Act reform and use our top tips for responding to the most crucial questions. Tell people on social media that you have responded, and to #ComeOutForTransEquality and do the same. If we all come together and demonstrate how few in number the transphobes are, the momentum for reform will be unstoppable. Reform of the Gender Recognition Act is the gateway to more progress towards trans equality. And it’s vital to keep on track with our ultimate goal, that every LGBT+ person is accepted for who they are, no exceptions.

The UK government's consultation to reform the Gender Recognition Act (GRA) is a real opportunity to improve trans people's rights. The GRA governs how trans people can have their identity legally recognised. This was groundbreaking in its time – it’s now seriously out of date and needs reform.

Read Frankie’s story on why reform matters to them.

The current Gender Recognition Act doesn’t work at all for me. I’m 17, so I’m too young to apply (you have to be 18). I think It should be easier for younger trans people to get a Gender Recognition Certificate. We should be trusted to make the decisions only we can make, especially as there’s very little consequence to anybody else.  As a non-binary trans person, I want to be legally recognised. That’s why GRA reform must include recognition for genderqueer and other non-binary identities. Legal recognition would normalise us and help end discrimination.  I dream of acceptance. I dream of not having to read ignorant and prejudiced coverage of trans issues in the news every day. I dream of not worrying if a new friend will treat me differently once I ask them to use they/them pronouns.  I believe all this will happen. Eventually. And improving legal recognition for all trans people is a crucial step towards creating a society that doesn’t just tolerate trans people but loves and cherishes us.   Change starts with you. By responding to the consultation you can make a difference today that will have a huge impact on the future of trans rights.

Better legal recognition isn’t the only thing that will improve trans people’s experiences, but it is an important step forward. Read why it matters to other trans people here.

Trans Inclusion Schools Toolkit Version October 2018  This toolkit was first published in 2014 and disseminated to Brighton & Hove educational settings who found it useful to inform practice and to support trans and gender questioning pupils and students in their communities. We know from feedback from trans children and young people that many of them feel well supported in Brighton & Hove educational settings.The first edition also received positive feedback from other local authorities and schools who have then used it as a basis for similar policies or guidance. Since 2014 there has been an increase in children and young people coming out as trans and non-binary and an increase in different ways that young people self-identify in terms of gender. There has been a lot of discussion in the media and wider about how best to support trans and gender questioning children and young people and if and how to raise awareness of gender identity across the whole community. We recognise that this is a developing area of practice and remain open to discussion about these issues and will adapt our approach accordingly.

This toolkit has been written by Ryan Gingell, Allsorts Youth Project and Sam Beal,Brighton & Hove City Council in consultation with trans children and young people and their families.

Parents who refuse to let their son wear a skirt to school may need to be referred to social services, a council’s guidance has advised schools. Read the full story

Alphabets in Stonehouse ( part of the Diversity Trust)- they are a support group and have a website and Facebook page. www.diversitytrust.org.uk/young-peoples-services 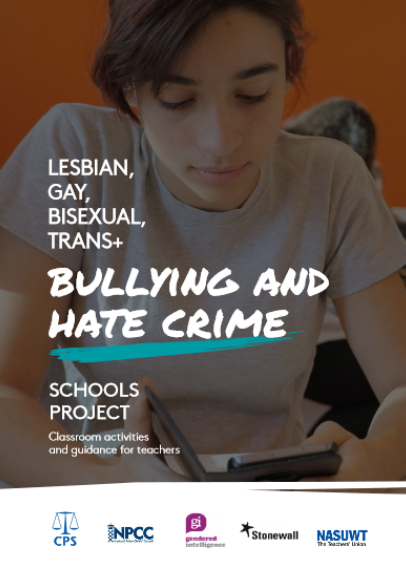 “Hate incidents and hate crimes can have a devastating effect on the individuals and communities who are targeted for simply being who they are. Everybody has the right to live free of persecution, but hate crime tramples upon this right.”

The pack aims to protect potential victims by deterring would-be abusers and encouraging and supporting victims of identity based bullying to report incidents. (June 20)

How primary schools are celebrating difference and tackling homophobia

Bi Visibility Day, also known as International Celebrate Bisexuality Day, has been marked each year since 1999 to highlight biphobia and to help people find the bisexual community. Every year on the 23rd of September, BVD celebrated bi people, while recognising the work still required to make biphobia a thing of the past. For a briefing based on data from Stonewall's health research into the health needs and experiences of bisexual people in Britain click here. Below we have series of posters highlighting Bi Visibility Champions, and some of the work they do:

Next steps in LGBT inclusive education: celebrating difference and developing understanding is a brand new resource, aimed at schools, colleges and settings that have already started work on LGBT inclusion and who are looking to really embed the work. This resource includes an extensive policy section, guidance on creating an LGBT inclusive curriculum, support on working with parents and carers, as well as highlighting the importance of ensuring that a wide range of LGBT people are represented and celebrated in the school, college or setting.

We’ve also been working hard to ensure that we offer schools, colleges and settings the resources they need to support children and young people with SEND as part of their LGBT inclusive approach. As well as our ‘It’s OK’ symbol supported posters, we now also offer easy read information sheets. (03/04/2020)

Back to School Programs for Parents, Professionals and Youth - September 2019 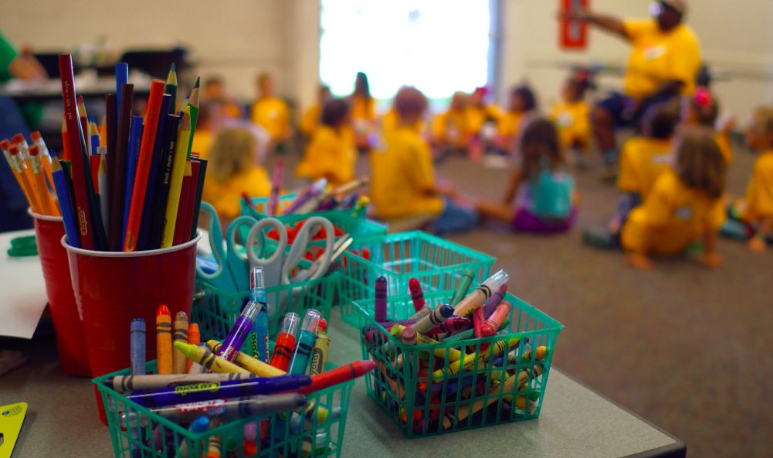 All children are affected by the messages they receive about gender: from simple things like “blue is for boys, pink is for girls,” to the ways we encourage youth to pursue activities and academic subjects consistent with society’s notions about gender.

Click here to view the Blog from Gender Spectrum which includes various videos.

18/10/17 TES - 'The best schools have an ethos that includes the head, teachers, governors, the children and parents At the very core of all successful schools – we're told – is the desire to continuously improve. Unfortunately, this drive for constant improvement can bring with it very major problems, especially when it's forced on schools by their many masters. Why have we forgotten that the only way a school can improve in a sustainable way is if all its teachers, leaders, staff, children, parents and governors are work together with a common goal?

EACH is a charity providing training, resources and support services to affirm the lives of lesbian, gay, bisexual, trans or questioning (LGBT+) people. Posters available to down for free on the website.  Also SAFESPACE stickers to purchase. Click here to visit the website 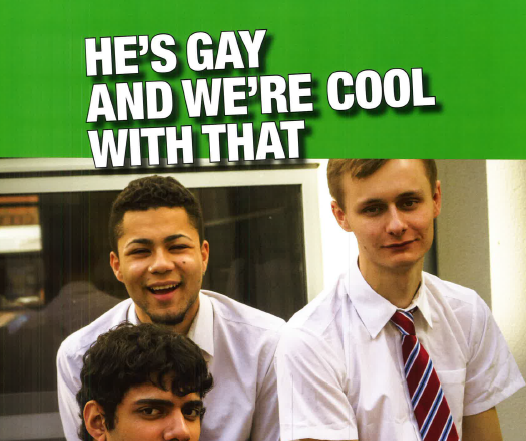 Resources to tackle homophobic bullying in schools Click on the links below.

Hold an Equali-tea and raise vital funds for LGBT equality. Click here for full details where you can order your FREE Equali-tea pack which is available from Stonewall

It’s down to all of us to be an active ally to lesbian, gay, bi and trans people in sport.

Every player, every athlete, every team is stronger when sport welcomes and supports everyone.

It’s down to all of us to become an active ally to lesbian, gay, bi and trans people.

It’s about working together, whether that’s playing for fun, playing to win, or cheering on your favourite athletes or team.

When we all play our part, we can make sport everyone’s game.

Lesbian, gay, bi and trans people can have negative perceptions and experiences of sport, whether it’s due to bullying in school sport, coming across anti-LGBT language on social media, down the pub or during live sports.

New Stonewall research finds that most people want to see action against anti LGBT language in sport, but only a quarter feel confident calling it out. Rainbow Laces is all about giving people the confidence and the tools to be active allies to LGBT people in sport.

Share your favourite moments from the Rainbow Laces campaign and follow the hashtag #RainbowLaces for the latest update.

As Jaz and Charlie make a final attempt to keep their relationship alive, one of them comes out as non-binary (meaning they don’t identify as male or female), sparking a conversation that will change them both forever.

They support 14-18 year olds but they will support younger if they are mature enough.

They have youth groups, support groups for parents (run by a parent of a trans gender child), they go ito colleges and schools to deliver training re: equality and diversity, they also work with refugees and asylum seekers who are trans gender. They have a gender group for 13-18 year olds.

Gay Glos can support a child in school, if the child or young person isn’t getting the right support or understanding from school. (21/02/20)

They support up to 18 year olds. Most of the referrals are from 12-16 years olds. In the last few years, referrals to the service have quadrupled in size.

They have Gender Identity clinics in Exeter and London and there are two new clinics trialing in Bristol and Manchester. (21/02/20)