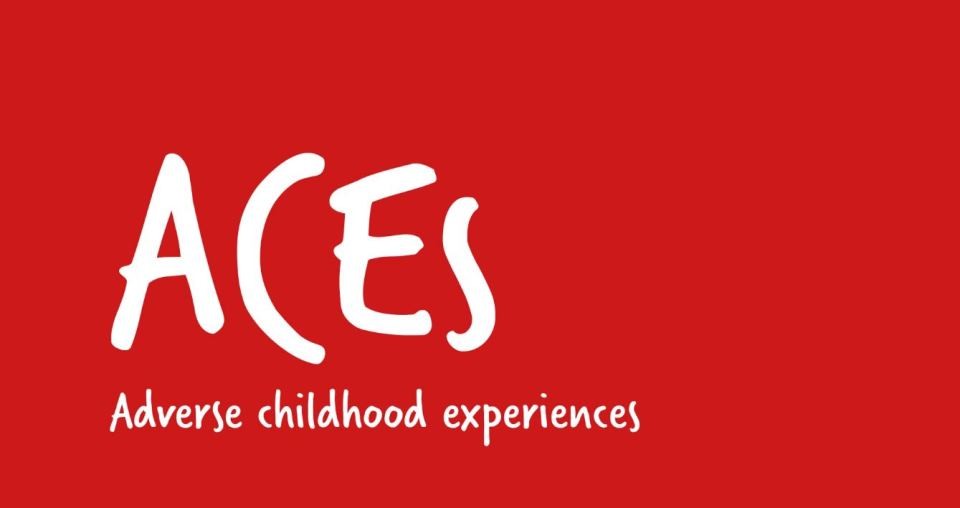 There is a large body of evidence which shows that the adversity we experience as children can affect us into adulthood. Within a general population anyone can be susceptible to ACEs regardless of ethnicity, sex and socioeconomic status, although the number of ACEs experience tends to increase with lower socioeconomic status.

ACEs are prevalent across the population and recent studies have shown:

This slide is taken from a presentation by Public Health England and references the National household survey of adverse childhood experiences and their relationship with resilience to health-harming behaviours in England (BMC Medicine 2014).

The original ACEs study, which was conducted in the US, found that around two-thirds (64%) of the 17,000 individuals included in the study reported at least one ACE, with over a quarter (26%) suffering physical abuse and a fifth experiencing some form of sexual abuse. Around one in eight individuals (13%) had experienced four or more ACEs.

Here is a list of the most frequently asked questions about ACEs, this list has been adapted from those on the Wales ACE Support Hub.

The acronym ACEs stands for Adverse Childhood Experiences. ACEs are specific traumatic events which occur before the age of 18 and can be grouped into three types: abuse, neglect and household adversity. The ten most commonly measured ACEs are: physical, sexual or emotional abuse, emotional or physical neglect, mental illness, substance misuse, an incarcerated relative, domestic abuse, and parental separation.

2. What does the research on ACEs tell us?

The Adverse Childhood Experiences study was a landmark piece of research conducted by Kaiser Permanente and the Centres for Disease Control and Prevention (CDC) in the US in the 1980s. It was the first large scale study to look at the relationship between 10 categories of adversity in childhood and a myriad of health outcomes in adulthood, such as increased risk of depression, suicide, alcoholism, drug abuse, smoking, physical inactivity, severe obesity, sexually transmitted disease, unintentional injuries, heart disease, lung disease, liver disease, and multiple types of cancer.

Dr Vincent Felitti, head of Kaiser Permanente’s Department of Preventative Medicine, and Dr Robert Anda, an epidemiologist from the CDC, surveyed over 17,000 patients for their experiences of childhood trauma. Participants were asked about different types of childhood trauma which they referred to as ACEs. Key findings showed that:

Since the original ACE research many other studies have been conducted internationally, including here in the UK. Most of these studies uncover similar findings which increases the validity and robustness of the theory.

3. How do adverse childhood experiences affect people in adulthood?

Repeated activation of the body’s stress-response systems (toxic stress) can cause hormonal imbalances, impair cognitive ability, and even change the way DNA is transcribed, causing ACEs to be passed down from one generation to the next. The length and frequency of exposure to toxic stress during childhood can in turn lead to health problems such as asthma, poor growth, frequent infections, learning difficulties and behavioural issues. Experiencing 4 or more ACEs is associated with significantly increased risk for 70% of the leading causes of death in adults including heart disease, stroke, cancer, respiratory disorder, Type 2 diabetes, Alzheimer’s, and suicide.

ACEs are not only associated with poorer health outcomes but a range of social and economic ones too. People with ACEs are more likely to under-perform in school, develop high-risk behaviours, and be on lower incomes. Deprivation, health, and social factors are closely related and perpetuate an inter-generational cycle of adversity.

4. Are some ACEs worse than others?

There is research currently being conducted on the impact of different ACEs. Each individual is affected differently, depending on the length and severity of exposure, as well as personal resilience factors. ACEs only increase the risk of negative outcomes; a person may have a high ACE score without any of the associated effects. However, the key message from the evidence is that, at a population level, it is the cumulative effect of multiple ACEs which causes the most harm. Exposure to any of the ACEs, without positive attachments and trusted relationships, can lead to toxic stress and serious health and social problems in later life.

5. What about other types of adversity?

In recent years, research has examined the relationship between other types of traumatic events and health. Debate is still ongoing around whether factors such as financial problems, food insecurity, homelessness, parent/sibling death, bullying, community violence, discrimination, foster care, war, or migration may also result in a toxic stress response. The concept of ACEs shouldn’t limit the conversation to the 10 experiences but open the door to discussions about all kinds of childhood adversity and their impact.

6. What can be done to tackle ACEs?

Early intervention to prevent ACEs and the worst effects of ACEs is key but it is important to recognise that is never too late to address the impact of trauma and that different individuals will require different kinds of support. The first 1000 days (pregnancy up to a child’s second birthday), pre-school, primary school age and teenage years are critical windows for intervention. However, mitigation can continue into adulthood, for example help with coping strategies and mental wellbeing support.

People can be protected from the effects of their ACEs by building resilience. The most important mitigating factor is the buffering effect of a supportive relationship with at least one trusted adult. Evidence shows that ‘5 ways to wellbeing’ is also a useful tool for building resilience. It encourages individuals to connect with others, give back to their communities, be active, take notice of what’s around them, and keep learning.

The public sector, as well as voluntary and community organisations, can work together in partnership to better support individuals and families who are struggling to cope with the causes and impacts of ACEs. This means thinking about the person’s needs more holistically, looking beyond the symptoms, and making the best use of assets and services available.

7. How do we effectively engage parents around ACEs?

Parents want the best for their children and it is essential that the whole system is able to support this. Many parents have experienced ACEs themselves as there is evidence of intergenerational transmission. Services can support parents by seeking to identify these risks as early as possible and to respond in a better informed way.

8. Should I ask clients/service users about ACEs?

Rather than asking as a matter of routine screening, it’s more important to be open to discussions with clients about their experiences, raising awareness of the impacts of ACEs and ways people can overcome them. Disclosing your experience of adversity takes courage and it is important that communities are compassionate in helping people in their recovery.

If you are frontline practitioner who has a relationship with a client, completing the ACEs questionnaire may be a good way to start the conversation. There is quite a lot of evidence showing that talking about trauma can contribute to recovery. It is important to ensure that those asking the questions are prepared for the response are in a position to help, and are supported themselves.

Tools are being developed in Gloucestershire and further information can be found at the www.actionaces.org  website.

9. Aren’t we already doing this?

We have understood that specific traumatic experiences in childhood can lead to poor outcomes for some time; we knew for example that children of parents who had mental health problems are more likely to develop problems themselves. What is new is the understanding of the cumulative effect of ACEs and the knowledge that ACEs often co-occur. Identifying one ACE should prompt a process to identify others and to uncover the root causes of adverse experiences. The ACEs approach also gives us a way to overcome the effects by building the resilience of individuals and communities.

There is a lot of good work going on to reduce the impact of harm on children, prevent, and intervene early. Mitigating the effects of ACEs needs to work alongside the traditional approaches and strengthen what is already available. Being ACE aware will complement existing services, by giving all services a common language to talk about adversity and to adopt a more holistic, trauma-informed way of working. It is not about doing new things but connecting them in different ways, seeing the big picture, and treating people with compassion (staff and clients). Empowering people involves a shift in the power dynamic.

10. Where can I find out more about ACEs?

Gloucestershire’s Action on ACEs website includes information about the background research and resources for tackling ACEs. Signing up as an ACEs ‘Champion’ will give you access to our regular newsletter containing the latest updates on action in Gloucestershire. The original ACEs study by Dr Vincent Felitti and Dr Robert Anda, as well as videos and publications by Dr Nadine Burke Harris give a good introduction to the ACEs journey in the US. In the UK, Public Health Wales have conducted a significant amount of research and are beginning to design models of good practice. Blackburn and Darwen were one of first counties in England to adopt an ACE informed approach in England.