A fantastic Ted Talk explaining how the brain develops and how we can look after our brains.

She quickly became one of the most coveted faces in fashion, but Cara was grappling with hidden sorrows. Now, she has a new career and an important message for her fans, as she opens up about her struggles with depression

Natasha Devon is a writer and was the government’s first ever mental health champion for schools, education and childcare. She co-founded the Body Gossip education programme and the Self-Esteem Team, which is designed to educate teenagers, teachers and parents about mental health and body image issues.

Professor Green is a rapper and singer/songwriter who lost his father to suicide and has spoken out to encourage young men to talk about their mental health.

Professor Green is a patron of The Campaign Against Living Miserably (CALM), an award-winning charity dedicated to preventing male suicide, the single biggest killer of men under the age of 45 in the UK. In 2015, 75% of all UK suicides were male.

Zoella is a fashion and beauty vlogger, YouTuber, and author who has also spoken out about her anxiety.

Ditch The Label have the following advice for anyone supporting someone else who has depression:

There's no getting around it- depression is hard. And sometimes, it can take so much out of you that it feels impossible to look forward. But it won't always be that way. Many people with depression can live rich and productive lives. With proper support, a person with depression can find meaning and success in their life.

These and many other myths are clouding many judgements and not helping our friends and family members going through the difficulties related to depression.

It’s one of those days where my key focus needs to be on making it through to bedtime unscathed. It seems a tall mountain to climb at 10am when I’ve been up since 3am. I know that I’m not alone in facing these kinds of days so here's 10 ideas to help you through them:

You may not agree with all of these ideas, but use what you find useful as you see fit.

This video from the World Health Organisation explains depression in a simple way, and encourages people to get help

07/12/15 Times Education Supplement - How do you solve the problem of "banter"? by Natasha Devon. In a powerful call to arms, one mental health expert describes her work persuading boys to think beyond the constraints of male culture. Older teenage boys were (ironically enough) actually bantering with one another while they were telling us that they were worried about banter and other taking the 'piss'. We asked them, if they hated it so much, why they were communicating with one another in this way. They replied that this was, simply, their only blueprint for man-to-man communication. That every man they knew – their dads, brothers, uncles, every other boy in their school – spoke to each other in this way. Read the full article by clicking on the title above

The Self Esteem team made a You Tube video "Switch on the Light" featuring seven high-profile men, including Stephen Fry and Professor Green. They were asked the simple question: Tell us your worry. These varied enormously from "will I be a good parent?" to "I never feel that I deserve the things I have been blessed with".

The Dove Campaign for Real Beauty is a worldwide marketing/public relations campaign launched in 2004 that includes advertisements, video, workshops, sleepover events and the publication of a book and the production of a play. The principle behind the campaign is to celebrate the natural physical variation embodied by all women and inspire them to have the confidence to be comfortable with themselves. Dove's partners in the effort include such marketing and communications agencies as Ogilvy & Mather, Edelman Public Relations, and Harbinger Communications (in Canada). Part of the overall project was the "Evolution" campaign.
Dove Evolution
Famous Faces Without Makeup

Taking exercise can improve your mental health and self confidence. "This Girl Can" is a nationwide campaign to get women and girls moving, regardless of shape, size and ability

#LikeAGirl is the Always’ campaign to keep girls' confidence high during puberty and beyond. Using #LikeAGirl as an insult is a knock against any adolescent girl and can have a huge impact on a girl's self-confidence.
At last there's no shame in acting like a girl - Telegraph
#LikeAGirl

The problem with depression, anxiety and other mental health issues- is it becomes insular and you feel as though you're the only one suffering with it and because you don't talk to someone about it, you don't ever realise that you are not alone. A YouGov poll found that only 46% of adults have talked recently about mental health, with men and older people still reluctant to talk. William, Kate and Harry have led the campaign to produce this video resource consisting a series of short films. They are encouraging the use of the #oktosay. Click on the image above to access the Heads Together YouTube channel

Mindfulness improves mental health and wellbeing. Mindfulness interventions have been shown to help address the problems of the young people who take part and reduce their worries, anxiety and distress, and improve behaviour, sleep and self-esteem. YouTube has some really good videos on Mindfulness:

What is the best way to ease someone's pain and suffering? In this beautifully animated RSA Short, Dr Brené Brown reminds us that we can only create a genuine empathic connection if we are brave enough to really get in touch with our own fragilities 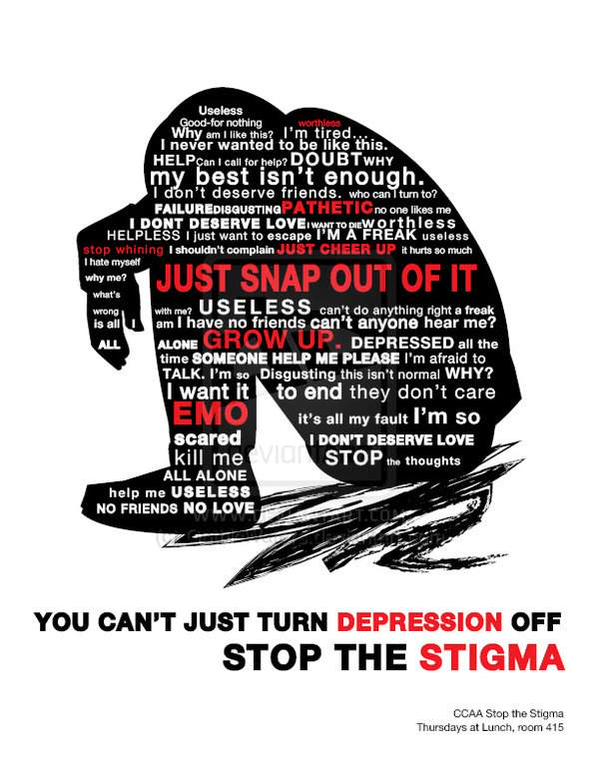 Voices of children: "Are they shouting because of me?"

Time to Change is England's biggest ever attempt to end the stigma and discrimination that faces people with mental health problems. Their website includes lesson plans and information for professionals to use with young people.

Many young people live with an adult family member who has mental health issues or may face problems themselves. An increasing number of young people have a diagnosed mental health disorder and incidences of self-harm and eating disorders are on the rise.

This comprehensive programme will help teachers deal sensitively with these issues, and includes:

To read more of Colin's articles, visit his back catalogue

How heavy use of social media is linked to mental illness: The Economist

May 20th will mark the end of “mental-health awareness week”, a campaign run by the Mental Health Foundation, a British charity. Such illnesses have many causes, but a growing body of research demonstrates that in young people they are linked with heavy consumption of social media. 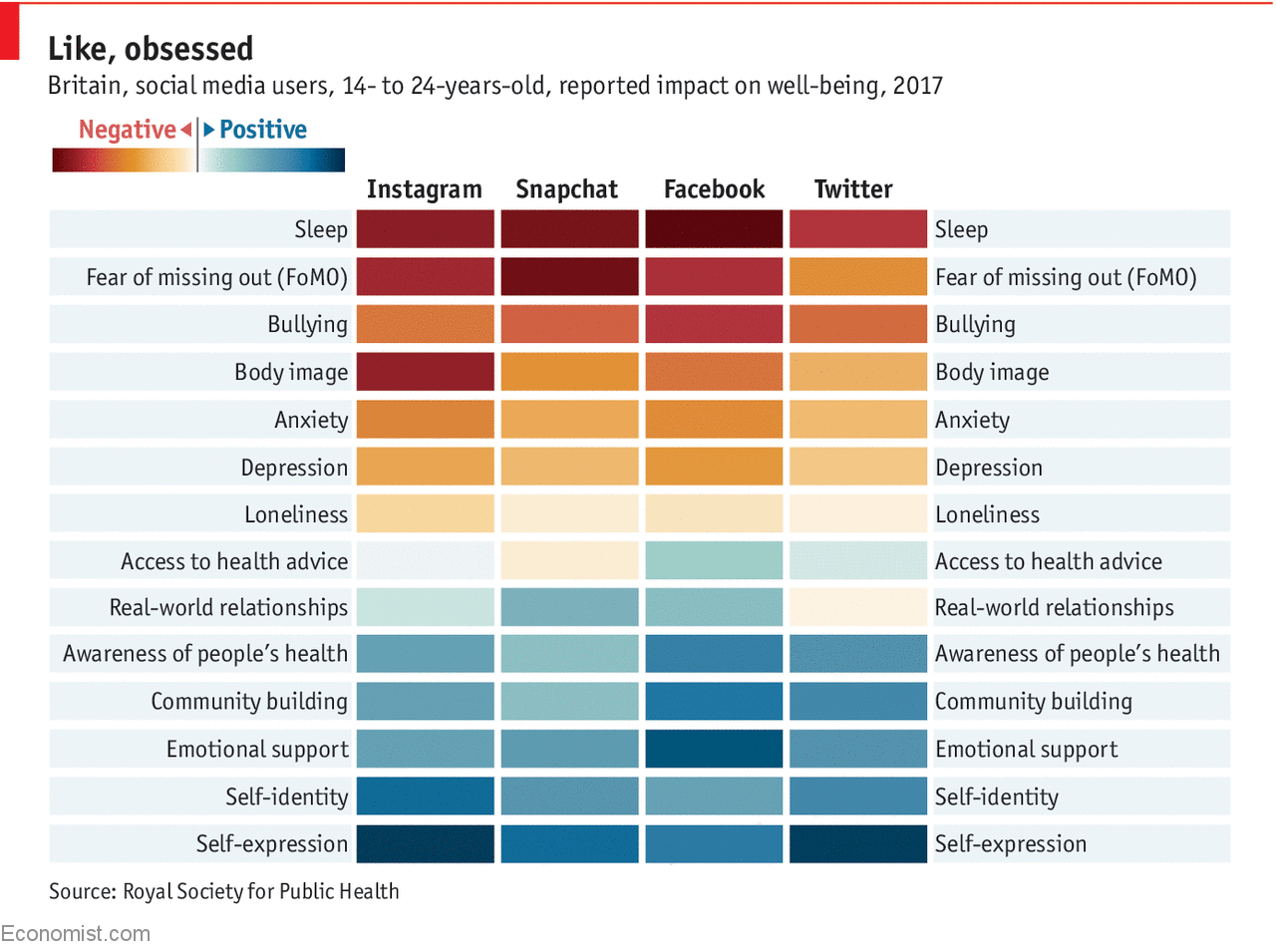 Anxiety, stress, noise, or even your phone or computer, could be coming between you and eight hours of delightful rest. So here are some simple steps that will get you blissfully back to the land of dreams. (13/01/2020) https://happiful.com/5-tips-to-help-you-get-a-good-nights-sleep/

New measures will aim to transform mental health services by treating an extra one million patients by 2020 to 2021.