The High Sheriff of Gloucestershire

The role of the High Sheriff traditionally involves attendance at royal visits in the County and support for Her Majesty’s High Court Judges when on Circuit. These days, however, High Sheriffs play an increasingly active and supportive role within their Counties both in relation to the Police and emergency services and in lending encouragement to public sector agencies such as the probation and prison services and to voluntary sector organisations involved in crime reduction and social cohesion. 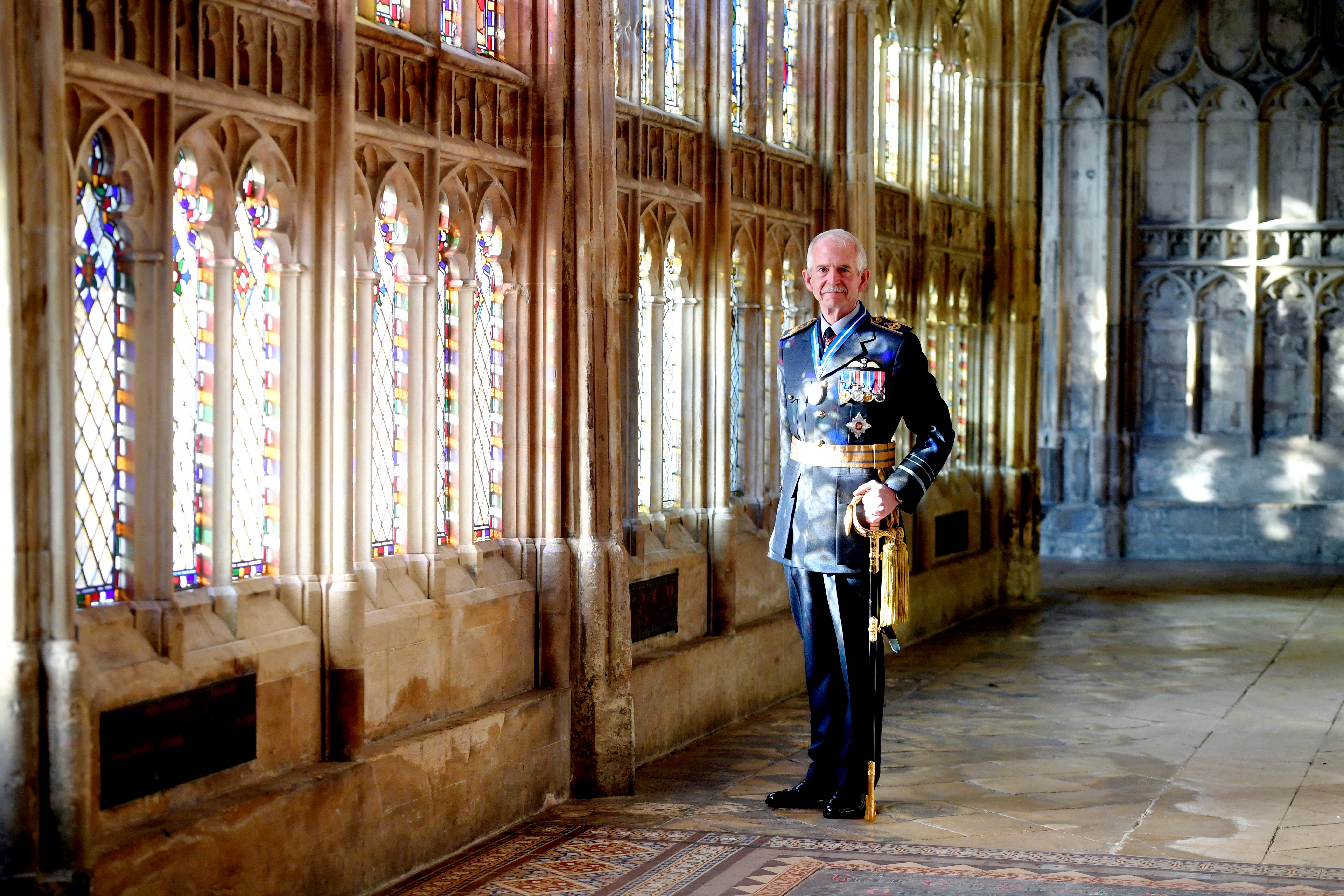 He served in operational command with NATO in Sarajevo, and later as the Air Component Commander for UK Forces in Afghanistan for which he was appointed CBE in 2002.  He was promoted to air marshal and served as the Deputy Commander of NATO’s Allied Joint Force Command Naples, and was knighted in 2007.

After a career spanning some 40 years he retired from the Royal Air Force in January 2008 and now holds a commission as a flight lieutenant in the RAFVR(T).  He is a member of Court of the Honourable Company of Gloucestershire, and is the Branch President of the Cheltenham Royal Air Forces Association, Vice-Patron of the RAF Halton Apprentices Association, Honorary President of the Tangmere Military Aviation Museum, Honorary President of the Gloucestershire Outward Bound Association, and Honorary President of 125 (Cheltenham) Squadron Air Training Corps.  Finally, he is a Patron of ‘fly2help’ based at Staverton, and is a Patron and volunteer skipper for ‘Turn to Starboard’, a sailing charity based in Falmouth supporting Armed Forces personnel affected by military operations.  Most recently he has become a Patron of the Motivational Preparation College for Training.

In his spare time he enjoys the great outdoors mostly through ‘spirited’ offshore sailing, tennis, and exercising the family dog.

In addition to resources and initiatives run in the past with previous High Sheriffs, January 2012 saw the launch of the latest initiative of this partnership, 'Getting Court', co-ordinated by the previous High Sheriff, Mark Heywood. This resource is designed for use in secondary schools or colleges and is a series of lessons explaining the workings of the Crown Court system of England and Wales, alongside some innovative lessons to challenge pupils, e.g. to question if they would speak up for justice, no matter what the risk, as well as a host of other related learning opportunities.

The project fits into the existing PSHE & Citizenship part of the National Curriculum. This resource has been carefully tailored to respond to the curriculum in a way which will provide an introduction for both teachers and students at the heart of its purpose, which is to attend a working Court to see and hear the sometimes harsh realities, of the criminal justice system, being played out. Getting Court is a very easy to use, off the shelf resource, written by teachers who have been supported by professionals who work within our judicial system.

The resource covers the following:

And finally, some assessment for learning ideas and useful websites.

You can read the table of contents of the lesson pack here. One chapter gives guidance for teachers wishing to take students to Crown Court – this includes draft parental consent letters and risk assessments.

Launched across the county in January 2012, this resource was rolled-out to all Gloucestershire secondary schools and the visits have been running since October 2011. Out of all the replies received from children and young people who have visited the Crown Court in action, through this programme (1 visit is run per month), the following statistics show the impact on these children and young people.

46 children and young people reported that as a result of the Crown Court visit undertaken, their behaviour, or the behaviour of others, will change in the future.

Reasons for this reported change given by the children and young people have included:

Any enquiries about Getting Court training please contact Di Harrill, one of the Lead Teachers on the team, at di.harrill@ghll.org.uk or one of the GHLL administrators ghll@Gloucestershire.gov.uk